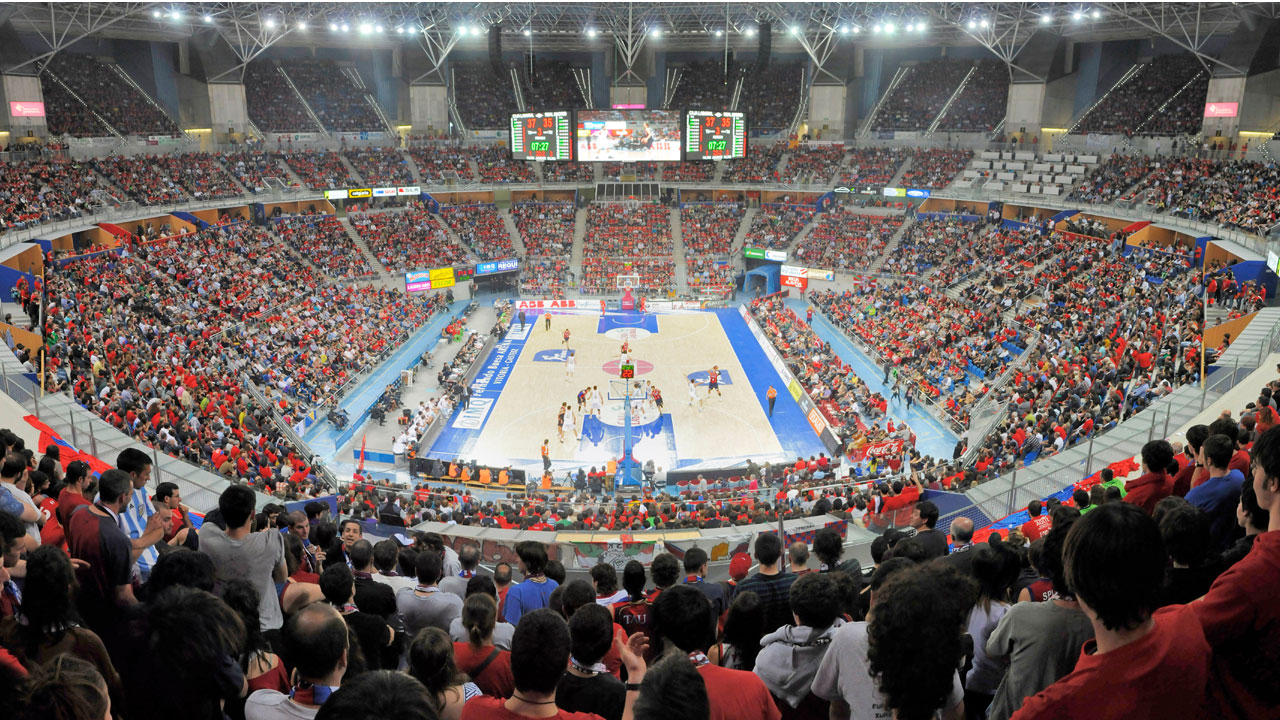 (Jorge Perez is a basketball coach with 20 years of experience. He was member of the coaching team of Baskonia in the past years. Then he was a professional coach in Portugal, Spain and Uruguay. At the moment, he is seeking for a new role in a team in Spain or abroad. We would like to thank Jorge for taking the time to share his thoughts about Baskonia, Heraclitus and Olympiacos in Red Point Guard).

The greatest recognition of Baskonia team came this past year. The organization of the Final4 in Vitoria was the culmination of Baskonia being for more than 30 years one of the best managed sports organizations in the world of basketball. President Josean Querejeta has already said that “my greatest wish is to organize a Final4 in Vitoria”, since the club has never achieved to win the F4, despite participating four times. So the management of the club can pride itself of reaching the top by hosting one.

Vitoria is a small city, a village compared to the big cities that make up the Euroleague, but it resists, and this last season will be remembered for the biggest sporting event ever held in the Basque Country to date. With just over 250,000 habitants, there are only 2 things to talk about in the city, the weather and basketball. Little is known about the weather, you can never get it right, the umbrella always in your hand, on the same day you can see the 4 seasons of the year. In basketball the uncertainty is the same, the same process of change but everything gets better with a fixed place in the Euroleague as one of its founding clubs.

Since 1959 the club’s founding date, two patrons have guided the club’s history, character and uncertainty.

The character forged in many decades of fighting, passion, struggling players, dirt fields, asphalt, anyway and anywhere … of those players who taught the way, suffering, and an unwavering love to the colors that they passed on to the next generations. That character is what now in modern times, where sport is pure uncertainty, winning and losing are part of the same state of affairs, where victory is ephemeral and defeat simply changes cycles, is what makes everything stay in foot where it is. Making sure that nothing falters, and that everything follows its own evolution, because the mark is already marked. Baskonia has found its raison to be in this context between character and uncertainty.

Heraclitus would undoubtedly be a Baskonia fan, the river would be Baskonia and the different and changing water as it passes, well that would be all of the assets, professionals, players and coaches that have passed and passed in an organization where only one thing is asked above all, ambition and effort. The one that gives it, stays and the one who not doesn’t, leave. It’s that easy and that simple.

The uncertainty of the end of the season with the budget cuts, the absence of a young players project, and especially the departure of the best players, only results in the same principles. Search for people, players who put in a good value for money prospect or at least do not counterbalance your pocket to your desire to improve, evolve and grow. The two longest-running employees of the club, President Josean Querejeta and General Manager Alfredo Salazar, personalize the permanence and change that defines the club in their figures.

The club makes it very easy for you, it’s your decision, here you have everything you need for your last big jump to the NBA, today Vicent Poirier, yesterday Luis Scola, Andres Noccioni, Pablo Prigioni, Arvidas Macijauskas, Tiago Splitter, Jose Manuel Calderon, Mirza Teletovic … and tomorrow? We do not know at the moment Michael Eric, and Pierria Henry are incorporations of a puzzle, which will surely speak.

The older brother of Baskonia is none other than Olympiacos. It is the second team in Vitoria for its fans, the answer is easy, if basketball in Europe was born somewhere that was undoubtedly Athens and surely happened in Piraeus.

Cradle of great players, Panagiotis Fasoulas, Giorgos Sigalas, or more current Printezis or of course Spanoulis, of great European achievements, was elected by the FIBA ​​best European team of the 90s and has 3 Euroleagues.

Olympiacos is not a team to use, it is not a magnificent organization, not even a modern society with its well-defined plots, no, Olympiacos is more, it is the purest conception of sport, it is a team that is forged from passion, from the character, and the heart of the fans.

Only from that vehemence and from that passion can you understand his latest problems in the Greek league and his refusal to share space with Panathinaikos.

Baskonia’s older brother, Olympiakos, the character team with capital letters, that team that got back a Euroleague final and won it against CSKA, wants to re-dominate Europe, forgets the Greek league, and their steps are to form a leadership team in Europe.

The best news is the presence of Milutinov another year in the Piraeus, and Kuzmiskas, Ethan Happ, Will Cherry, and certainly some more … but everyone’s main question is whether in the last seasons of Spanoulis, there will be room for another European title or we will have to start a complete renovation, to become again the one that was recently.

This site uses Akismet to reduce spam. Learn how your comment data is processed.